Home What's New ACROSS THE FACE OF THE STORM 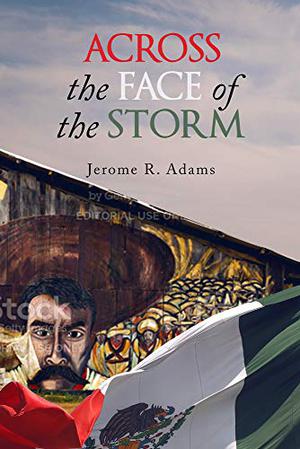 This election cycle, with its exacerbated Islamophobia, makes author Mills’ (Positively Beautiful, 2015) fictive meditation on 9/11 and the 15 years after especially timely.

The book opens with Travis McLaurin, a 19-year-old white man trying to protect Alia Susanto, a 16-year-old hijab-wearing Indonesian-American Muslim, from the debris caused by the South Tower’s destruction. The next chapter takes place 15 years later, with Travis’ younger sister, Jesse, defacing a building with an Islamophobic slogan before the police catch her. The building, readers learn later, is the Islam Peace Center, where Jesse must do her community service for her crime. Between these plot points, the author elegantly transitions between the gripping descriptions of Alia and Travis trying to survive and Jesse almost falling into the abyss of generational hatred of Islam. In doing so, she artfully educates readers on both the aspects of Islam used as hateful stereotypes and the ruinous effects of Islamophobia. With almost poetic language, the author compassionately renders both the realistic lives, loves, passions, and struggles of Alia (“There’s a galaxy between us, hung thick with stars of hurt and disappointment) and Jesse (“I’m caught in a tornado filled with the jagged pieces of my life”) as both deal with the fallout of that tragic day.

Both a poignant contemplation on 9/11 and a necessary intervention in this current political climate. (timeline, author’s note) (Fiction. 13-18)