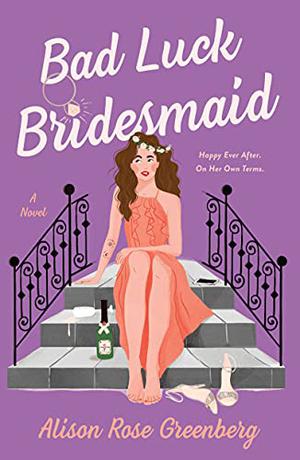 An earnest grad student and a faculty member with a bit of a jerkish reputation concoct a fake dating scheme in this nerdy, STEM-filled contemporary romance.

Olive Smith and professor Adam Carlsen first met in the bathroom of Adam’s lab. Olive wore expired contact lenses, reducing her eyes to temporary tears, while Adam just needed to dispose of a solution. It’s a memory that only one of them has held onto. Now, nearly three years later, Olive is fully committed to her research in pancreatic cancer at Stanford University’s biology department. As a faculty member, Adam’s reputation precedes him, since he’s made many students cry or drop their programs entirely with his bluntness. When Olive needs her best friend, Anh, to think she’s dating someone so Anh will feel more comfortable getting involved with Olive’s barely-an-ex, Jeremy, she impulsively kisses Adam, who happens to be standing there when Anh walks by. But rumors start to spread, and the one-time kiss morphs into a fake relationship, especially as Adam sees there’s a benefit for him. The university is withholding funds for Adam’s research out of fear that he’ll leave for a better position elsewhere. If he puts down more roots by getting involved with someone, his research funds could be released at the next budgeting meeting in about a month’s time. After setting a few ground rules, Adam and Olive agree that come the end of September, they’ll part ways, having gotten what they need from their arrangement. Hazelwood has a keen understanding of romance tropes and puts them to good use—in addition to fake dating, Olive and Adam are an opposites-attract pairing with their sunny and grumpy personalities—but there are a couple of weaknesses in this debut novel. Hazelwood manages to sidestep a lot of the complicated power dynamics of a student-faculty romance by putting Olive and Adam in different departments, but the impetus for their fake relationship has much higher stakes for Adam. Olive does reap the benefits of dating a faculty member, but in the end, she’s still the one seemingly punished or taunted by her colleagues; readers may have been hoping for a more subversive twist. For a first novel, there’s plenty of shine here, with clear signs that Hazelwood feels completely comfortable with happily-ever-afters.

Fresh and upbeat, though not without flaws.