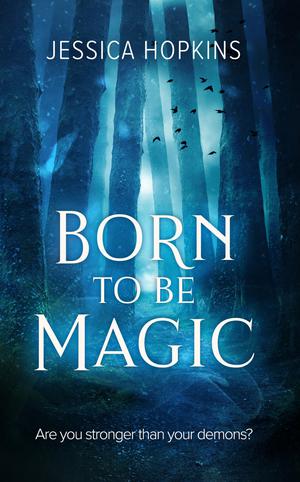 A witch cop fights to get a murderous demon off the streets in Hopkins’ debut urban fantasy novel.

By all outward appearances, Rachel Collins is an ordinary agent for the Colorado Bureau of Investigation, a totally unremarkable, nonmagical law enforcement organization. In reality, though, she and her partner, Ethan Hale, are deputies working for the High Council of Witches, which aims to make sure that corrupt witches and unregulated supernatural creatures don’t run amok in the human world. “We’ve got our own trials, our own judges, our own prisons—even our own executioners….It’s like Law & Order, but with witchcraft,” Rachel narrates. However, she isn’t fond of the job. She doesn’t get along with her superiors, she’s always in danger of discovery from human law enforcement, and, as noted, sometimes she has to kill. To make matters worse, her magic manifests in unpredictable and dangerous ways—a fact that tends to make other witches wary. After all, a witch who delves too far into magic can easily become evil. Rachel gets a call from her brother, Danny, about a case that the Council turned down for investigation. A human with ties to the local werewolf pack has gone missing, and Danny has an obligation to find her, as a favor to a friend. Rachel is happy to flout the Council’s wishes, and she throws herself into locating the woman, but it soon becomes clear that they’re dealing with a much larger problem than one missing 21-year-old. The Council warns Rachel off the case, but she’s already in too deep—obsessed with catching a serial killer and spending time with Sean Callahan, a handsome demon hunter also working the case.

Hopkins’ prose, as filtered through Rachel’s perspective, is snarky and muscular, as when Rachel wonders if she’s successfully talked her way out of a potentially difficult situation with an ordinary cop: “If I’d been in his hotbox, I would’ve been fidgeting and asking for a lawyer….I was asking him to believe one truth and a whole basket of lies, and I didn’t think he was buying it. He stared at me for about seven thousand years, then turned and walked away. Nice job, Rachel.” The book is fairly standard fare for the genre, but fans of urban fantasy will appreciate Hopkins’ handling of the material; she doesn’t let the mythology get too complex, and there are some fun iterations on magical crime fighting, such as Rachel’s spell-piercing ammunition. Hopkins also isn’t afraid to take the story into dark places; in the first scene, for instance, Rachel is forced to kill a magic-corrupted teenager, and readers will wonder if she’ll be able to get to the bottom of what’s going on without becoming a villain herself. However, the author doesn’t quite sell the psychological element of the protagonist’s wins and losses. Not every reader will require the level of emotional unpacking that the author does here, and others may wish that the more important moments resonated more.

An imperfect but immersive crime fantasy.