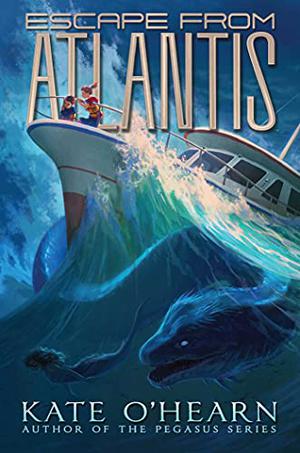 A San Diego preteen learns that she’s an elf, with a place in magic school if she moves to the elves’ hidden realm.

Having felt like an outsider since a knock on the head at age 5 left her able to read minds, Sophie is thrilled when hunky teen stranger Fitz convinces her that she’s not human at all and transports her to the land of Lumenaria, where the ageless elves live. Taken in by a loving couple who run a sanctuary for extinct and mythical animals, Sophie quickly gathers friends and rivals at Foxfire, a distinctly Hogwarts-style school. She also uncovers both clues to her mysterious origins and hints that a rash of strangely hard-to-quench wildfires back on Earth are signs of some dark scheme at work. Though Messenger introduces several characters with inner conflicts and ambiguous agendas, Sophie herself is more simply drawn as a smart, radiant newcomer who unwillingly becomes the center of attention while developing what turn out to be uncommonly powerful magical abilities—reminiscent of the younger Harry Potter, though lacking that streak of mischievousness that rescues Harry from seeming a little too perfect. The author puts her through a kidnapping and several close brushes with death before leaving her poised, amid hints of a higher destiny and still-anonymous enemies, for sequels.

Wholesome shading to bland, but well-stocked with exotic creatures and locales, plus an agreeable cast headed by a child who, while overly fond of screaming, rises to every challenge. (Fantasy. 10-12)