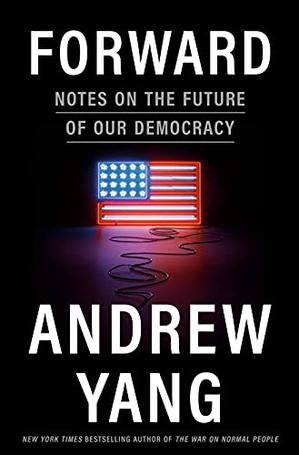 Like many observers, Yang sees the U.S. beset by economic and political problems. “Our physical health, mental health, financial security, and expectations for the future,” he writes, “have all been declining or at multi-decade lows for years.” Sharing lessons from the campaign trail, as founder and CEO of Venture for America—a nonprofit that channels enterprising recent college graduates into startups—and as founder of Humanity Forward, which promotes a “human-centered economy,” the author proposes key structural changes. Election reform is paramount: When Yang first declared as a candidate, he felt largely ignored by the media until he grew in popularity on Twitter. The market drives media coverage, he asserts, and media thrive on fomenting polarization. Yang proposes open primaries and ranked-choice voting, which, he argues, better accounts for voter preferences. Noting that most members of Congress were elected in the 1980s or ’90s, Yang advocates term limits, which would also lessen lawmakers’ need for constant fundraising for reelection. Addressing legislative gridlock, the author acknowledges that government bureaucracies are “designed for stasis and inaction.” Lawmakers are “actively discouraged” from bipartisan cooperation, and lobbyists have undue influence. Yang proposes getting rid of the filibuster and convening “civic juries” to inform legislators about their constituents’ real concerns. Technological upgrading is crucial, as well—e.g., the creation of a citizen portal where people could renew licenses, file tax information, get benefits, and register to vote. As a presidential candidate, Yang famously proposed a Universal Basic Income of $1,000 a month, and he also advocates health care for all. The pandemic, he notes, has exacerbated divisiveness and sparked racism—which, as an Asia American, Yang has experienced directly. The most significant things the country needs, he believes, are grace, tolerance, and forgiveness.

Nothing earth-shattering, but Yang offers thoughtful, sensible proposals for a better democracy.