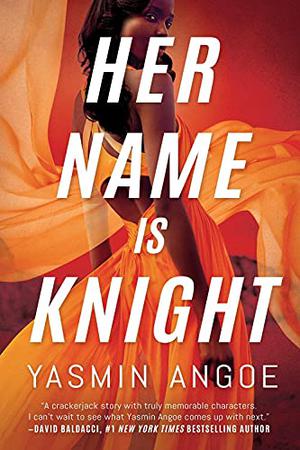 Dillon Savitch and his wife, Lacey Sherlock, have special abilities that have served them well in law enforcement (Paradox, 2018, etc.). But that doesn’t prevent Sherlock’s car from hitting a running man after having been struck by a speeding SUV that runs a red light. The runner, though clearly injured, continues on his way and disappears. Not so the SUV driver, a security engineer for the Bexholt Group, which has ties to government agencies. Sherlock’s own concussion causes memory loss so severe that she doesn’t recognize Savitch or remember their son, Sean. The whole incident seems more suspicious when a blood test from the splatter of the man Sherlock hit reveals that he’s Justice Cummings, an analyst for the CIA. The agency’s refusal to cooperate makes Savitch certain that Bexholt is involved in a deep-laid plot. Meanwhile, Special Agent Griffin Hammersmith is visiting friends who run a cafe in the touristy Virginia town of Gaffers Ridge. Hammersmith, who has psychic abilities, is taken aback when he hears in his mind a woman’s cry for help. Reporter Carson DeSilva, who came to the area to interview a Nobel Prize winner, also has psychic abilities, and she overhears the thoughts of Rafer Bodine, a young man who has apparently kidnapped and possibly murdered three teenage girls. Unluckily, she blurts out her thoughts, and she’s snatched and tied up in a cellar by Bodine. Bodine may be a killer, but he’s also the nephew of the sheriff and the son of the local bigwig. So the sheriff arrests Hammersmith and refuses to accept his FBI credentials. Bodine’s mother has psychic powers strong enough to kill, but she meets her match in Hammersmith, DeSilva, Savitch, and Sherlock.