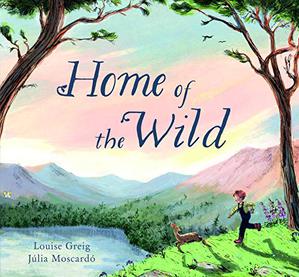 Kids know vegetables can be scary, but rarely are edible roots out to get someone. In this whimsical mock-horror tale, carrots nearly frighten the whiskers off Jasper Rabbit, an interloper at Crackenhopper Field.

Jasper loves carrots, especially those “free for the taking.” He pulls some in the morning, yanks out a few in the afternoon, and comes again at night to rip out more. Reynolds builds delicious suspense with succinct language that allows understatements to be fully exploited in Brown’s hilarious illustrations. The cartoon pictures, executed in pencil and then digitally colored, are in various shades of gray and serve as a perfectly gloomy backdrop for the vegetables’ eerie orange on each page. “Jasper couldn’t get enough carrots … / … until they started following him.” The plot intensifies as Jasper not only begins to hear the veggies nearby, but also begins to see them everywhere. Initially, young readers will wonder if this is all a product of Jasper’s imagination. Was it a few snarling carrots or just some bathing items peeking out from behind the shower curtain? The ending truly satisfies both readers and the book’s characters alike. And a lesson on greed goes down like honey instead of a forkful of spinach.