Home What's New HOW TO FIND A FOX 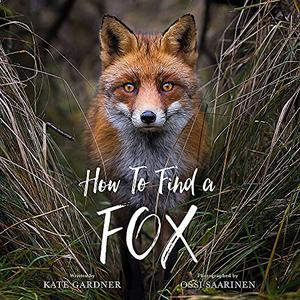 Huge numbers take on an even bigger scale in Fishman and Greenberg’s insightful, awe-inspiring picture book.

A secret shared between narrator and the reader kicks things off: “The sun is just a star. / And there are (maybe) 100,000,000,000,000,000,000,000 stars.” (Readers will be grateful for the “a hundred billion trillion” printed in the corner.) Stars too many to count, in various sizes and shapes, fill the double-page spread, illustrating the comically large number centered on the page. It’s enough to leave most flabbergasted, but Fishman aims for much more as he zeroes in on one particular blue-and-green planet. Even this celestial orb has its secrets: “Blue because it’s covered by 370,000,000,000,000,000,000 gallons of water. Green because it’s covered in 3,000,000,000,000 trees.” From there it’s all about the (innumerable) details. For example, 10 quadrillion ants may equal 7.5 billion humans in weight (as terrifying as that sounds); meanwhile, 420 million dogs or guitars lined up head to foot circle the Earth about 10 times. The figures aren’t precise, but quibbling over exactness almost misses the point of the book. A constant throughout this excursion, however, is Greenberg’s digital artwork, which features bold, thick lines, vibrant colors and shapes, and a diverse cast of nameless characters. More notable perhaps is the author’s persistent focus on the reader: “There’s only one of YOU.” Such a statement threatens to veer into ham-fisted territory, but here it serves to underline how amazing it is to be the only one.