Home What's New I LOVE YOU WITH ALL OF MY HEARTS 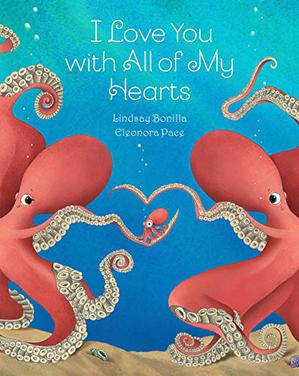 From the Pete the Cat series

The popular character enjoys storytime, painting, and a snack on the very first day of preschool.

The younger incarnation of Pete the Cat packs his backpack that he picked out from the store himself, gets a snack from his mom, and rides the school bus with his big brother, Bob (who isn’t much bigger than Pete, sizewise). At school, Pete meets his stylish teacher, Mrs. Lopez, and fellow feline classmates while keeping his signature cool. The day ends with Pete declaring: “Preschool is awesome! Pete loves everything!” James Dean’s big-eyed cats populate the simply drawn scenes that look as though they were painted in preschool-esque fashion with thick swaths of tempera. At a couple of moments (when he eats his banana and declares it tasty and when he sings along) his customarily expressionless face actually breaks into a smile. Kimberly Dean’s text is uninspired, but it’s in sync with the upbeat tone of the series. Pete’s preschool experience, while not particularly realistic, is a highly positive one; refreshingly, there is no trace of the separation anxiety or anxiousness found in many first-day-of-school books.

Likely to be popular with young Pete the Cat fans and parents seeking a gentle introduction to preschool. (Board book. 2-4)