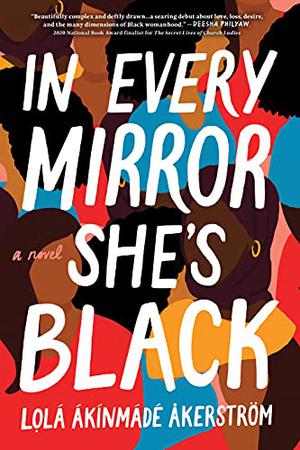 The lives of three very different Black women intertwine around the enigmatic chief executive of a Swedish marketing company.

Neither Muna Saheed, Brittany-Rae Johnson, nor Kemi Adeyemi ever envisioned themselves living in Sweden’s capital—a city, Kemi muses, so magnetic that “if Stockholm was a man and she’d met him in a nightclub, she would have propelled herself right away to ask him to dance.” And though each hails from different backgrounds—Kemi is a young Nigerian American advertising executive quickly rising up the professional ranks; Brittany’s a disillusioned Jamaican American model-turned–flight attendant; and Muna’s a traumatized Somali refugee—they share a vital trait: Each, in Swedish society, is marked as a Black woman and foreign transplant before anything else. Each, too, is linked to Johan “Jonny” von Lundin, the CEO of von Lundin Marketing and seemingly a manifestation of Sweden’s status quo—racially, culturally, and economically. In three interlocking narratives that eventually draw the women into closer orbit, each fights to carve a path within insular Swedish society. Kemi, lured to von Lundin Marketing for a position as a director of global diversity, must continually prove herself to her colleagues amid entrenched stereotypes of Black and American women. As her budding relationship with Jonny grows serious, Brittany grapples with the isolating, classist milieu he lives within. Meanwhile, Muna, who cleans the von Lundin offices, tries to stitch together a makeshift family to replace the one she’s lost. As the women contend with Swedish language, norms, and expectations, it becomes clear that as long as the interests of Black women remain subservient to White feminism, each must construct her own life template and determine whether its personal sacrifices are worthwhile. Åkerström paints an admirably rich portrait of a particular culture—its nuances, norms, and idiosyncrasies—raising important questions of prejudice, racial bias, agency, and belonging. Her characters, however, can feel predictable, and her writing, especially in romance scenes, often resorts to clichés.

A novel with thematic depth and complexity sometimes undercut by flat characters.