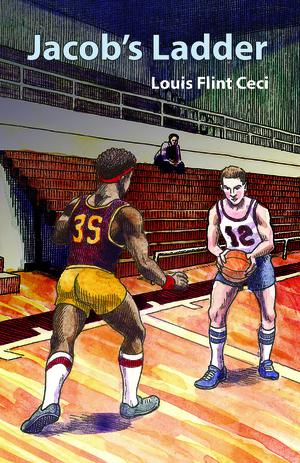 Changing times run up against traditional values in this third installment of a YA series.

It’s the fall of 1969, and 16-year-old Malachi “Mally” Jacobs has just returned to Croy, Oklahoma, for the start of the school year. It was a watershed summer for Mally. He spent it in New York City, where he witnessed the Stonewall riots (totally by accident) and met his first-ever boyfriend, Vince. Now, he’s back in Croy several inches taller, with a new nickname—Jake—and a newly awakened sense of himself as a young gay man. That isn’t to say he’s out of the closet: Croy is still “Smalltown Nowhere,” as one character puts it, “where the highlights are pregnancies, strokes, and collapsing old buildings.” Jake’s best friend, Joanie Tibbits, knows Croy’s secret, of course. As the junior editor of the school paper, she knows just about everything—except why her boyfriend (and Jake’s other best friend), Randy Edom, has been acting so strange toward her of late. As the school year progresses, Jake and Randy throw themselves into football and then basketball, though team dynamics are in flux since their high school was combined with the largely Black school across town. Jake is trying to keep his personal business to himself, but he’s hardly the only one in Croy with something gnawing on his mind. His new friend, long-haired Beau Hamilton, feels a strong attraction to women’s clothing. Joanie’s Christian friend Bobbie Littledeer is sick with something, but she’s afraid to tell her medicine-skeptical parents about it. Randy has several weighty distractions of his own, including the fact that his father has escaped from prison and that he’s just inherited a great deal of money upon turning 18. Things are changing for nearly everyone in Croy—America itself is transforming—but are the shifts faced by Jake and his friends for the better or for the worse?

The novel includes stylish but infrequent black-and-white illustrations by Crosby (so rare that readers will always be surprised when one appears). Ceci’s prose is smooth and never hurried, depicting the angst and dread of his teenage characters with wry restraint: “It was Beau’s first time in detention, and he worried what other kids would be there. The toughest, he bet. The kind that would knock your books loose in the hall or clip you with their car as you crossed the street. And he was right.” The author makes good use of the large cast of supporting characters, switching the point of view as needed to expand the story in unexpected ways. As a result, readers will get a good sense of Croy and the sort of people who live there: folks caught between personal desires and the expectations of those around them. Compared to the earlier books in the series, the characters feel sharper, their conflicts more organic, and the world a bit more lived-in. Elements from the previous volumes inform the plot, but generally in ways that deepen the narrative. Readers familiar with the second installment in particular will get more enjoyment out of this one, but those picking up the series for the first time will be impressed with Ceci’s confident craftsmanship and insightful evocation of adolescence.

A rich coming-of-age tale of friendship and self-discovery.