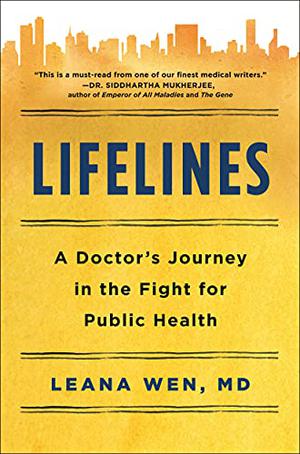 More life reflections from the bestselling author on themes of societal captivity and the catharsis of personal freedom.

In her third book, Doyle (Love Warrior, 2016, etc.) begins with a life-changing event. “Four years ago,” she writes, “married to the father of my three children, I fell in love with a woman.” That woman, Abby Wambach, would become her wife. Emblematically arranged into three sections—“Caged,” “Keys,” “Freedom”—the narrative offers, among other elements, vignettes about the soulful author’s girlhood, when she was bulimic and felt like a zoo animal, a “caged girl made for wide-open skies.” She followed the path that seemed right and appropriate based on her Catholic upbringing and adolescent conditioning. After a downward spiral into “drinking, drugging, and purging,” Doyle found sobriety and the authentic self she’d been suppressing. Still, there was trouble: Straining an already troubled marriage was her husband’s infidelity, which eventually led to life-altering choices and the discovery of a love she’d never experienced before. Throughout the book, Doyle remains open and candid, whether she’s admitting to rigging a high school homecoming court election or denouncing the doting perfectionism of “cream cheese parenting,” which is about “giving your children the best of everything.” The author’s fears and concerns are often mirrored by real-world issues: gender roles and bias, white privilege, racism, and religion-fueled homophobia and hypocrisy. Some stories merely skim the surface of larger issues, but Doyle revisits them in later sections and digs deeper, using friends and familial references to personify their impact on her life, both past and present. Shorter pieces, some only a page in length, manage to effectively translate an emotional gut punch, as when Doyle’s therapist called her blooming extramarital lesbian love a “dangerous distraction.” Ultimately, the narrative is an in-depth look at a courageous woman eager to share the wealth of her experiences by embracing vulnerability and reclaiming her inner strength and resiliency.

Doyle offers another lucid, inspiring chronicle of female empowerment and the rewards of self-awareness and renewal.

AT THIS VERY MOMENT

FOR EVERY LITTLE THING