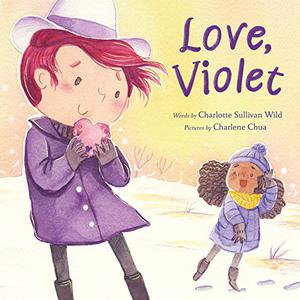 From the How To Catch… series

Wallace and Elkerton continue their series about catching elusive mythical creatures (How to Catch a Leprechaun, 2016, etc.) with this Christmas story about an elf who must avoid traps constructed by children before Santa’s annual visit.

The unnamed elf narrator is the sole helper traveling with Santa on his delivery rounds on Christmas Eve, with each house featuring a different type of trap for elves. The spunky elf avoids a mechanical “elf snatcher,” hidden in a plate of cookies, as well as simple traps made of tinsel, double-sided tape, and a cardboard box concealing a mean-looking cat. Another trap looks like a bomb hidden in a box of candy, and a complicated trap in a maze has an evil cowboy clown with a branding iron, leading to the elf’s cry, “Hey, you zapped my tushy!” The bomb trap and the branding iron seem to push the envelope of child-made inventions. The final trap is located in a family grocery store that’s booby-trapped with a “Dinner Cannon” shooting out food, including a final pizza that the elf and Santa share. The singsong, rhyming text has a forced cheeriness, full of golly-jolly-holly Christmas spirit and too many exclamation marks, as well as rhyming word pairs that miss the mark. (No, little elf-boy, “smarter” and “harder” do not rhyme.) Bold, busy illustrations in a cartoon style have a cheeky appeal with a focus on the freckle-faced white elf with auburn curls and a costume with a retro vibe. (Santa is also white.)

A forgettable effort that fails to capture any of the magical charm of Santa’s story. (Picture book. 3-6)