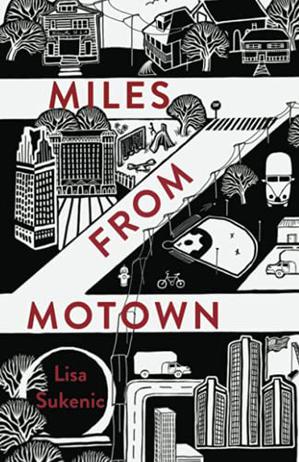 This vividly wrought story of displacement, told from Mina’s first-person perspective, begins as it did for so many Japanese-Americans: with the bombs dropping on Pearl Harbor. The backlash of her Seattle community is instantaneous (“Jap, Jap, Jap, the word bounces / around the walls of the hall”), and Mina chronicles its effects on her family with a heavy heart. “I am an American, I scream / in my head, but my mouth is stuffed / with rocks; my body is a stone, like the statue / of a little Buddha Grandpa prays to.” When Roosevelt decrees that West Coast Japanese-Americans are to be imprisoned in inland camps, the Tagawas board up their house, leaving the cat, Grandpa’s roses and Mina’s best friend behind. Following the Tagawas from Washington’s Puyallup Assembly Center to Idaho’s Minidoka Relocation Center (near the titular town of Eden), the narrative continues in poems and letters. In them, injustices such as endless camp lines sit alongside even larger ones, such as the government’s asking interned young men, including Mina’s brother, to fight for America.

THE CAT IN THE WINDOW MURDERS