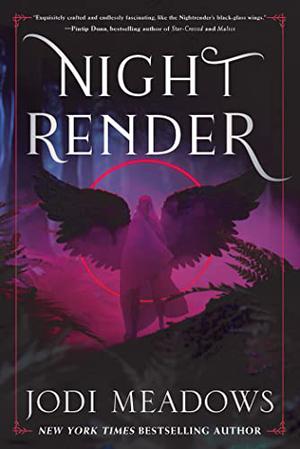 From the Arc of a Scythe series , Vol. 1

Two teens train to be society-sanctioned killers in an otherwise immortal world.

On post-mortal Earth, humans live long (if not particularly passionate) lives without fear of disease, aging, or accidents. Operating independently of the governing AI (called the Thunderhead since it evolved from the cloud), scythes rely on 10 commandments, quotas, and their own moral codes to glean the population. After challenging Hon. Scythe Faraday, 16-year-olds Rowan Damisch and Citra Terranova reluctantly become his apprentices. Subjected to killcraft training, exposed to numerous executions, and discouraged from becoming allies or lovers, the two find themselves engaged in a fatal competition but equally determined to fight corruption and cruelty. The vivid and often violent action unfolds slowly, anchored in complex worldbuilding and propelled by political machinations and existential musings. Scythes’ journal entries accompany Rowan’s and Citra’s dual and dueling narratives, revealing both personal struggles and societal problems. The futuristic post–2042 MidMerican world is both dystopia and utopia, free of fear, unexpected death, and blatant racism—multiracial main characters discuss their diverse ethnic percentages rather than purity—but also lacking creativity, emotion, and purpose. Elegant and elegiac, brooding but imbued with gallows humor, Shusterman’s dark tale thrusts realistic, likable teens into a surreal situation and raises deep philosophic questions.

A thoughtful and thrilling story of life, death, and meaning. (Science fiction. 14 & up)