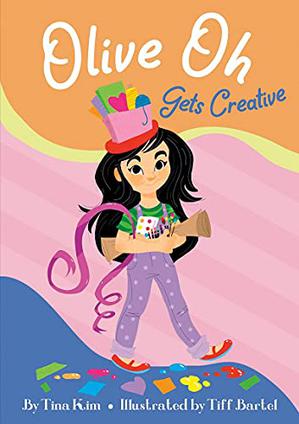 From the Horrible Harry series , Vol. 37

Having, as Kline notes in her warm valedictory acknowledgements, taken 30 years to get through second and third grade, Harry Spooger is overdue to move on—but not just into fourth grade, it turns out, as his family is moving to another town as soon as the school year ends. The news leaves his best friend, narrator “Dougo,” devastated…particularly as Harry doesn’t seem all that fussed about it. With series fans in mind, the author takes Harry through a sort of last-day-of-school farewell tour. From his desk he pulls a burned hot dog and other items that featured in past episodes, says goodbye to Song Lee and other classmates, and even (for the first time ever) leads Doug and readers into his house and memento-strewn room for further reminiscing. Of course, Harry isn’t as blasé about the move as he pretends, and eyes aren’t exactly dry when he departs. But hardly is he out of sight before Doug is meeting Mohammad, a new neighbor from Syria who (along with further diversifying a cast that began as mostly white but has become increasingly multiethnic over the years) will also be starting fourth grade at summer’s end, and planning a written account of his “horrible” buddy’s exploits. Finished illustrations not seen.

A fitting farewell, still funny, acute, and positive in its view of human nature even in its 37th episode. (Fiction. 7-9)