Home What's New ONCE UPON A TIME NOT SO LONG AGO 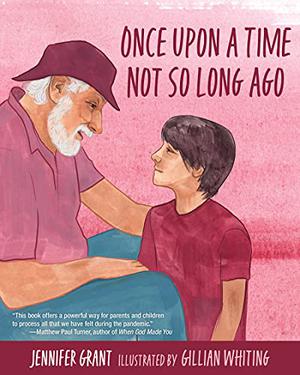 The you-know-what hits the fan after a lad’s parents rashly allow him to pick a theme for his birthday party.

Julian insists, and so after the party store poops out, everyone sets to cranking out homemade poop-up invitations, “poopsicles” and “lollypoops,” costumes, and games like “Pin-the-Poop-on-the-Toilet.” But will anyone drop in? Do they ever—in such massive streams that even the local news team catches wind of the event. Better yet, dancing the “Doo-Doo Doo-op” to tunes from the Dookie-Poo band and whacking the poop piñata, everyone has a blast. The party assumes such legendary status that news of it spreads around the world, prompting Julian and his family to create a graphic instruction manual together. Galán goes to town with swirling scenes in saturated hues with lots of brown, featuring hyped-up figures with wide eyes and huge grins. Julian’s family appears to be an interracial one, with an Asian-presenting dad and White-presenting mom whose attitudes modulate from disgust to delight over the course of the story. Readers inspired to organize poop parties of their own will find models for suitable decorations in the pictures. A caveat: The recipe for poop slime that Berger applies to the tail end uses glue and baby oil, among other ingredients, but is not labeled as inedible. (This book was reviewed digitally with 8.5-by-22-inch double-page spreads viewed at 65% of actual size.)

Sure to be poopular with party planners, particularly those with strong stomachs and a hands-on approach. (Picture book. 5-8)