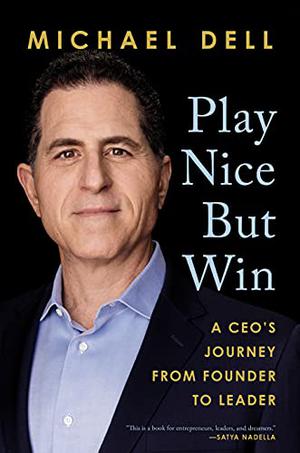 From the time he was a teenager, Dell, founder of his eponymous personal computer company, was fascinated by computers. When he was 14, he bought an Apple II with his own hard-earned money and promptly took it apart. Tutoring other kids about using computers proved to be “a pretty lucrative sideline,” he recalls, and he joined a local Apple User group, which met “to talk upgrades and trade parts and swap stories.” In a candid second memoir, following Direct From Dell (1998), the author recounts his evolution from computer geek to business mogul and philanthropist, interwoven with a chronicle of his company’s growth, problems, and challenges. Dell’s company began in his dorm room at the University of Texas in 1984, when the college freshman marketed souped-up IBM PCs to doctors, lawyers, and architects. By 1985, incorporated as Dell Computer Corporation, the company was selling its own models; by 1988, it went public; and by 1989, it had subsidiaries in Germany, France, and Canada. Dell had created a niche for which there was unprecedented demand. “Absolutely nobody else,” he writes, “was building blazing-fast computers custom-tailored for consumers’ needs and shipping them out on a lightning-quick turnaround.” In 1990, Dell, not yet 25, was named Inc. magazine’s first Entrepreneur of the Year. But the company began to flounder, and in 2010, Dell wanted to go private as a way to reinvigorate “the entrepreneurial spirit of the company’s origins, of getting much more aggressive on gaining share, of investing in R&D and adding sales capacity.” A business background would be helpful for following the stakes and complexities involved in making a transition from public to private and back to public again: Tensions and machinations (notably from the arrogant corporate raider Carl Icahn) went on for years. A driven, optimistic, and savvy businessman, Dell prevailed, and he is now estimated to be worth more than $30 billion.

A lively chapter in computer history.