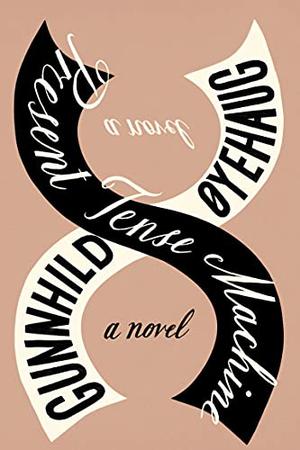 A slippery metafictional take on the peril and power of words and how identities fracture and compartmentalize across a lifetime, from one of the most exciting contemporary voices in international literature.

In another masterful translation by Dickson of Øyehaug’s wily, mercurial prose, the author-translator team frolics across the multiverse to explore the rifts that open between, most especially, mothers and daughters but also spouses and ex-lovers and between self-perception and how others experience us. Laura, a 24-year-old literature teacher, is pregnant with her first child and increasingly anxious as her due date approaches: about the safety of their fire-trap flat, about fidelity (her own and her husband’s), and about “a disconcerting feeling that everything is double.” Anna, aged 44, mother of two children—that she knows of—is a writer working on her latest book and perennial obsession, a novel about the origins of language. Though Anna and Laura are unaware of each other’s existence, they are, in fact, mother and daughter. Twenty-two years earlier, Anna sat reading Swedish poetry while supervising 2-year-old Laura pedaling her tricycle in the front yard. When Anna misread the word “trädgård” (garden) as the nonsensical “tärdgård,” it opened a parallel universe that Laura vanished into, entirely erased but for Anna’s lasting sense that something important is missing, while in Laura’s new universe, Anna has never existed at all. At the same time, Anna’s husband, Bård, returning from a job in the upper reaches of Norway to escape his attraction to another woman, split in two—one version in each universe—as he bought a newspaper and committed the same misreading. In the present, as Laura prepares for her own daughter’s birth, Anna works on her novel, her narrator simultaneously writing the story we ourselves are reading, and navigates a relationship with her teenage daughter, Elina, that seems at times hardly more bridgeable than that with her lost daughter living in an alternate universe. With wry hyperbole, Øyehaug plays out the effects one seemingly inconsequential mistake can have on our relationships, our selves, and the lives of the next generation.

A perfect Mobius strip of a novel that playfully examines the creative and destructive potential of language.