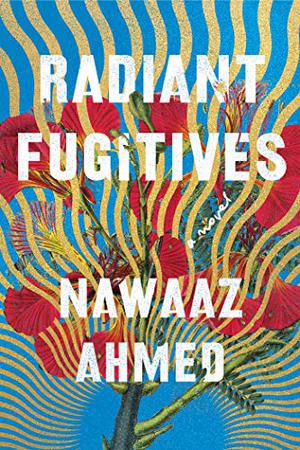 A Muslim Indian family, splintered by forces from within and without, attempts to reconnect over one fateful week in San Francisco.

“Oh, Grandmother, you’re not asleep yet. The voices from the kitchen are no lullaby. Your daughters are fighting, and you blame yourself. There must have been something you could have done, before the rifts widened to such chasms.” Ahmed’s complex, ambitious debut is narrated by a fetus who—like his literary cousin in Ian McEwan’s Nutshell—has narrative art to spare. Having just emerged from his mother’s lifeless body in the delivery room, he unfolds a tragedy of classic proportions, fluently incorporating the poetry of Wordsworth, Keats, and the Quran and including masterful descriptions of the skies of San Francisco, of Muslim ritual, of LGBTQ+ protests, of Indian cooking and theater, of the volunteer organizations of then–District Attorney Kamala Harris and presidential candidates Howard Dean and Barack Obama. The story unfolds in a confusing manner, with some intent to mislead, but is essentially this: Seema, estranged from her family in India and uprooted to the U.S. when she came out as queer decades ago, briefly married Bill, a Black man. After their rancorous breakup, one instance of farewell sex led to the conception of Ishraaq (the name his mother chooses after learning he’s a boy). As Ishraaq’s due date draws near, Seema’s mother, Nafeesa, comes from Chennai, though she is dying of cancer. Younger sister Tahera, a devout Muslim in hijab and jilbab, a mother of two and an OB/GYN, also arrives from her home in Irvine, Texas—though she is poisonously jealous of her sister and disgusted by her gay friends. Every difficulty and heartbreak takes its place alongside many others in this painful story shaped by both Islamophobia and homophobia.

Ahmed swings for the fences in this luminously intelligent, culturally magisterial debut.