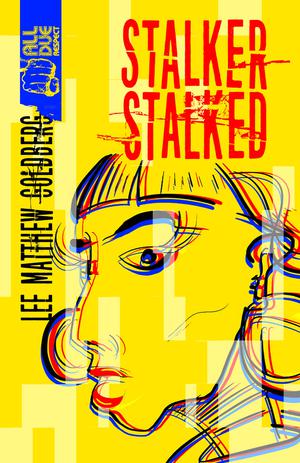 A woman with obsessive tendencies becomes the object of someone else’s obsession in Goldberg’s thriller.

Lexi Mazur is a pharmaceutical rep with a pill addiction and a fondness for vodka. She’s just been dumped by her boyfriend, Steve, who’d gotten wise to the fact that she’s been spying on him to make sure he hasn’t been cheating. Now she has little to do in her spare time other than sit around her Queens apartment with her cat, Sammi, and watch reality television shows. Her new favorite is Socialites, which follows a group of rich “frenemies” as they navigate New York City high society. She quickly becomes engrossed by the show’s star, Magnolia Artois, in whom Lexi sees some combination of role model and kindred spirit. She starts to stalk Magnolia on social media, commenting on all her posts, and then starts showing up in person at the show’s filming locations. Magnolia doesn’t react to Lexi’s fandom the way that Lexi wants her to, however, which forces the single-minded woman to escalate things a bit. Then something unexpected happens: Lexi attracts a stalker of her own. “I heard a rustling.…A shadow materialized, stalked away with a scraping sound against the dirt.” At first, Lexi is strangely turned on by it, but then the watcher becomes increasingly intrusive—and threatening, as when she receives a profanity-laden phone call from a restricted number: “I WILL GUT YOU….I’LL SCATTER YOUR BODY PARTS ALL OVER NEW YORK CITY.” But who could it be? Steve? Jeremy, the ex-boyfriend whom she alienated with her extreme behavior? Pria, her longtime best friend, whom Lexi suspects has a secret crush on her? Or is it Magnolia herself?

As Lexi continues in a pill-fueled haze, the lines between stalker and stalked, friend and frenemy, and reality and reality TV become increasingly blurred. Goldberg’s prose, as narrated by the protagonist, is snarky and slightly frenetic in tone: “I found solace when I got home in a pint of ice cream with broken up my blue heavens and a vodka chaser,” begins one chapter, referencing the blue pills that Lexi pops constantly. Another starts off, “Even though I wanted to head home and ooze into the couch watching reality TV, I needed to sell some drugs.” Parts of the novel are quite engrossing. The book is darkly comic, satirizing a number of contemporary institutions—big pharma, reality TV, social media celebrity—while pulling the reader into more transgressive territory involving sex, addiction, violence, and mental illness. However, the author seems to ultimately have very little to say about any of these topics. Also, almost nothing about the story feels terribly believable; its events are slightly too heightened, and Lexi’s thoughts seem slightly too well-organized considering her chaotic lifestyle. The subject matter is so serious on its face—and often in the story, which is not purely a comedy—that Lexi’s characterization feels gratuitous, akin to the shows she loves, which often seem to be messy-for-messy’s-sake.

A colorful but somewhat unconvincing novel of impulse and delusion.

Publisher: Down & Out Books