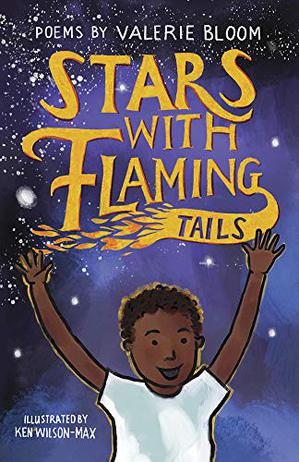 AND OTHER POEMS FOR OUR GALAXY

The author of The Empire Striketh Back (2014) tries his hand at light verse.

For all that he experiments with a villanelle, a shaped poem, and other forms, overall Doescher keeps to a rolling beat as he spins out a hefty 79 poems thick with names, places, and references to events in the films and other media. “G is for Greedo, that green guy’s the worst! / H is for Han (who, with no doubt, shot first).” One poem addresses race directly (“Jeff has Poe-colored skin, / While Joseph’s more like Finn”), and another wishes that, whatever’s going on in a galaxy far, far away, “Star Peace” would come to this one. In rather odd contrast, “If I were a stormtrooper,” writes a child, “I’d practice my aim anytime there’s a break / (So I wouldn’t miss every shot that I make”). Nevertheless, in general the verses’ actual subjects tend toward conventional domestic matters, from the titular bedtime verse, which begins “I wish I had a Wookiee, / To keep the monsters out,” to little Mackenzie Hale, who “would not eat her kale.” Budgen’s ink, wash, and occasionally color scenes of licensed characters or of smiling, racially diverse children, often in costume or with licensed toys, are likewise benign. Like a celebrity tell-all, the collection is capped by an index of, mostly, characters and creatures.

The poet’s definitely up on his Star Wars canon, and readers had better be, too, to keep pace. (Poetry. 8-11)