Home What's New TESS PENDRAGON AND THE WAND OF AVALON 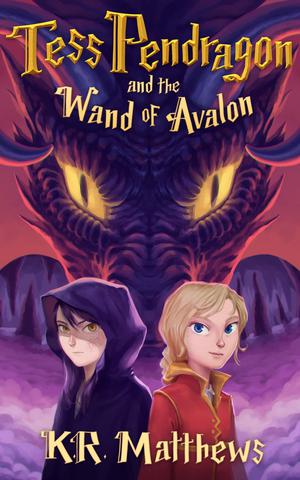 At a time when death has become an acceptable, even voguish subject in children’s fiction, Natalie Babbitt comes through with a stylistic gem about living forever.

Protected Winnie, the ten-year-old heroine, is not immortal, but when she comes upon young Jesse Tuck drinking from a secret spring in her parents’ woods, she finds herself involved with a family who, having innocently drunk the same water some 87 years earlier, haven’t aged a moment since. Though the mood is delicate, there is no lack of action, with the Tucks (previously suspected of witchcraft) now pursued for kidnapping Winnie; Mae Tuck, the middle aged mother, striking and killing a stranger who is onto their secret and would sell the water; and Winnie taking Mae’s place in prison so that the Tucks can get away before she is hanged from the neck until….? Though Babbitt makes the family a sad one, most of their reasons for discontent are circumstantial and there isn’t a great deal of wisdom to be gleaned from their fate or Winnie’s decision not to share it.

However the compelling fitness of theme and event and the apt but unexpected imagery (the opening sentences compare the first week in August when this takes place to “the highest seat of a Ferris wheel when it pauses in its turning”) help to justify the extravagant early assertion that had the secret about to be revealed been known at the time of the action, the very earth “would have trembled on its axis like a beetle on a pin.” (Fantasy. 9-11)