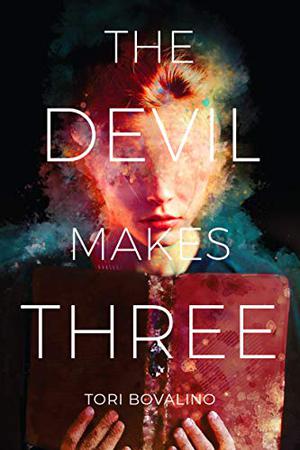 From the Six of Crows series , Vol. 2

This hefty sequel to Six of Crows (2015) brings high-tension conclusions to the many intertwined intrigues of Ketterdam.

It’s time for revenge—has been ever since old-before-his-time crook Kaz and his friends were double-crossed by the merchant princes of Ketterdam, an early-industrial Amsterdam-like fantasy city filled to the brim with crime and corruption. Disabled, infuriated, and perpetually scheming Kaz, the light-skinned teen mastermind, coordinates the efforts to rescue Inej. Though Kaz is loath to admit weakness, Inej is his, for he can’t bear any harm come to the knife-wielding, brown-skinned Suli acrobat. Their team is rounded out by Wylan, a light-skinned chemist and musician whose merchant father tried to have him murdered and who can’t read due to a print disability; Wylan’s brown-skinned biracial boyfriend, Jesper, a flirtatious gambler with ADHD; Nina, the pale brunette Grisha witch and recovering addict from Russia-like Ravka; Matthias, Nina’s national enemy and great love, a big, white, blond drüskelle warrior from the cold northern lands; and Kuwei, the rescued Shu boy everyone wants to kidnap. Can these kids rescue everyone who needs rescuing in Ketterdam’s vile political swamp? This is dark and violent—one notable scene features a parade of teens armed with revolvers, rifles, pistols, explosives, and flash bombs—but gut-wrenchingly genuine. Astonishingly, Bardugo keeps all these balls in the air over the 500-plus pages of narrative.

How can such a hefty tome be un-put-down-able excitement from beginning to end? (glossary) (Fantasy. 14 & up)