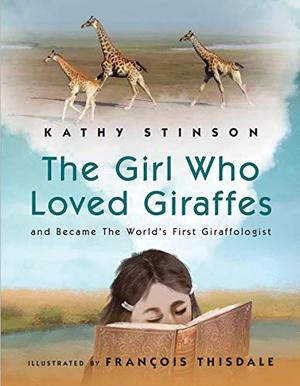 While exuberantly presented, the information is not uniformly expressed from bird to bird, which in the best cases will lead readers to seek out additional information and in the worst cases will lead to frustration. For example, on spreads that feature multiple species, the birds are not labeled. This happens again later when the author presents facts about eggs: Readers learn about camouflaged eggs, but the specific eggs are not identified, making further study extremely difficult. Other facts are misleading: A spread on “city birds” informs readers that “peregrine falcons nest on skyscrapers in New York City”—but they also nest in other large cities. In a sexist note, a peahen is identified as “unlucky” because she “has drab brown feathers” instead of flashy ones like the peacock’s. Illustrations are colorful and mostly identifiable but stylized; Zommer depicts his birds with both eyes visible at all times, even when the bird is in profile. The primary audience for the book appears to be British, as some spreads focus on European birds over their North American counterparts, such as the mute swan versus the trumpeter swan and the European robin versus the American robin. The backmatter, a seven-word glossary and an index, doesn’t provide readers with much support.