Home What's New THE LAST HOUSE ON THE STREET 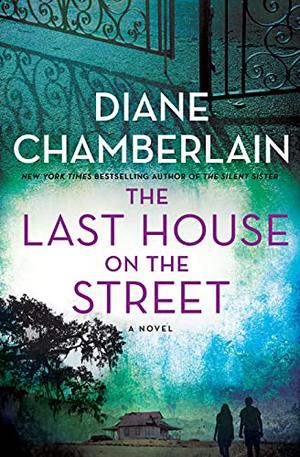 This is a novel of alternating timelines, each unspooling in or near Round Hill, a small town in North Carolina. In 2010, architect Kayla Carter is visited by Ann Smith, a “sixty-five or seventy”-year-old woman in mirrored sunglasses, who comes to her office seemingly intent on scaring her. Ann, a stranger, knows too much about Kayla, including that she has a small daughter, that she’s about to move into a new house in an upscale but isolated new development, and that it’s a house she had intended to share with her husband, Jackson, who died of an accidental fall at the construction site. In 1965, 20-year-old Ellie Hockley, a student at the University of North Carolina, joins SCOPE, a summer project recruiting mostly White, Northern college students to help Black Southerners register to vote in anticipation of the passage of the Voting Rights Act. Ellie is the rare White Southern volunteer. Her father and mother are vehemently opposed, her brother, Buddy, somewhat less vehemently. Fatefully, Ellie is assigned to work with a SCOPE contingent operating in her home county. Early on, we learn Kayla’s new house is on Hockley Street, where Buddy still lives in the family home that once was the only house in this wooded area. It’s not long before past wrongs come home to roost. Ellie, now 65, returns after decades in San Francisco to care for her ailing brother and mother. The moment when Ellie, who at first warms to her new neighbor, realizes that Kayla is the daughter of Reed, the beau she forsook for the Civil Rights movement, is a classic Chamberlain complication. The plot will only get more complicated because, in contrast to a White rescue story, we find even well-meaning Whites endangering Black people. The forbidding, kudzu-choked forest, complete with a treehouse, a murky pond, and an ominous clearing, is ideal for a coverup that compromises even the most irreproachable characters.

A mild-mannered mystery with a moral quagmire at its heart.