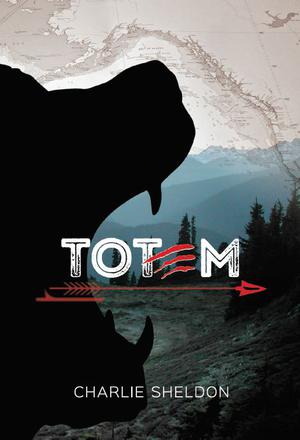 In this gripping conclusion to Sheldon’s Strong Heart series, uncanny events occur after a mining operation is planned in the wilderness of the Pacific Northwest.

In Strong Heart (2017), surly teen Sarah Cooley arrived on Washington’s Olympic Peninsula with a steadfast loathing of the “boonies” but gained a near-mystical connection with the wilderness. In this final book in the trilogy, Sarah, who’s now 14, is intent on returning to the peninsula at the very moment that Buckhorn Industries are about to begin extracting erbium, a trace mineral which the company claims can detoxify coal emissions. The mining operation will affect the lives of everyone on the peninsula, including William Williams, a Haida merchant sailor, who took center stage in Adrift (2018), the second book of the series, and his daughter Myra, a tribal archaeologist. The narrative also follows Victoria Oldsea, an environmental project manager at Buckhorn, and Carl Larsen, who, accompanied by his niece Laurie, is investigating the appearance of grisly elk kills in the vicinity. Sarah and her friends are intent on boycotting the mining operation, but when Victoria spots what appears to be a black saber-toothed tiger, it becomes clear that other, strange events are afoot. A terrible windstorm brings additional chaos, and as those on the peninsula begin to experience unnerving visions, the veil among reality, history, and the spirit world seems to grow gossamer thin. The series accelerates toward an exhilarating conclusion as Sarah strives to protect the beguiling landscape.

Readers who are familiar with Sheldon’s writing will already know that descriptions of backwoods hiking often form the backbone of his Strong Heart narratives. In this latest offering, he again succeeds in evoking a clear sense of walking in nature: “The trail was easy. We were on an old road, rising steadily, following the river. We crossed a bridge high over a creek, the water boiling from the snowmelt.” The complexity of the novel springs from the author’s deft handling of a broad range of psychologically distinct characters and the skillful synthesis of key thematic elements, such as environmentalism, spirituality, and elements of Indigenous history. The latter’s intersection inspires stirringly poetic passages that add welcome texture to Sheldon’s minimalist prose, which otherwise remains direct and unadorned in style: “The meadows were a rich red from the summer’s dying, flowers burning their spirit. We walked through fields of blood, passing groups of trees, ledges of rock, pockets of snow.” Newcomers to the series may struggle to get a fix on the various characters at first, but this book can still be effectively read as a stand-alone work. Those who have been impatiently awaiting a denouement to the series will enjoy the gratifyingly intricate route that the author follows as he employs new and familiar characters. Overall, Sheldon has written an undeniable page-turner that’s full of intrigue and peril, as well as an emotive love letter to the natural wonder of the Pacific Northwest and its people.

An engaging and thoughtfully conceived finale to an impressive series.