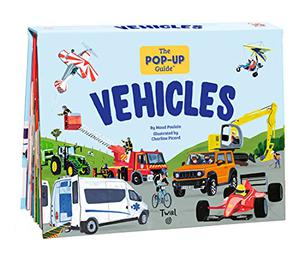 Rose explores the true story of a race between two accomplished 19th-century women in this children’s book featuring illustrations by Bye.

In 1889, famed reporter Nellie Bly believed that she could circle the globe faster than anyone had before—in less than the 80 days of Jules Verne’s fictional hero. She pitched the story to her boss at the New York World, who, after initial protests, approved her journey. As Bly left New York City, heading east, Cosmopolitan writer Elizabeth Bisland was sent off to the west, with little notice, to race Bly back to the city. In this entry in the She Makes History series, Rose reports the travels of both women in tandem, showing the eastward movement of Bly and the westward travel of Bisland as the reporters encountered successes and setbacks. Rose’s text and Bye’s cartoon-style color images, which accurately and vividly depict the era in detail, allow young readers to get a deeper sense of what living in the late 1800s was like and how travel, by various methods, was very different than it is in the modern day. The extensive text never overwhelms the illustrations, though, and Bye depicts the players in action-oriented poses that propel the story forward. One particularly elegant two-page spread shows the two travelers’ ships literally passing in the night. Rose captures both the wonder of the world as the women experience it as well as the dangers and miseries of their journeys. Her straightforward vocabulary and accessible narration will let young readers immerse themselves in the history. Endnotes offer greater context for the role of women reporters of the era, highlighting the main characters’ tremendous achievements.

An absorbing account of a real-life adventure in a series that showcases historical accomplishments of women. (Informational picture book. 5-7)