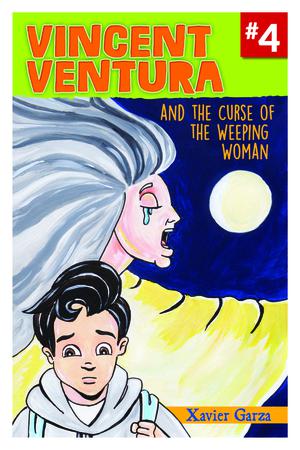 From the Last Kids on Earth series , Vol. 1

It’s been 42 days since the Monster Apocalypse began, and 13-year-old Jack Sullivan, a self-proclaimed “zombie-fighting, monster-slaying tornado of cool” is on a quest to find and rescue his not-so-secret crush, June Del Toro, whether she needs it, wants it, or not.

Jack cobbles together an unlikely but endearing crew, including his scientist best friend, Quint Baker; Dirk Savage, Parker Middle School’s biggest bully; and a pet monster named Rover, to help him save the damsel in distress and complete the “ULTIMATE Feat of Apocalyptic Success.” Middle-grade readers, particularly boys, will find Jack’s pitch-perfect mix of humor, bravado, and self-professed geekiness impossible to resist. His sidekicks are equally entertaining, and it doesn’t hurt that there are also plenty of oozing, drooling, sharp-toothed monsters and zombies and a host of gizmos and gadgets to hook readers and keep them cheering with every turn of the page. Holgate’s illustrations play an integral role in the novel’s success. They not only bring Brallier’s characters to life, but also add depth and detail to the story, making plain just exactly how big Rover is and giving the lie to Jack’s “killer driving.” The marriage of text and illustration serves as a perfect example of what an illustrated novel can and should be.