Home What's New WHAT ABOUT WILL 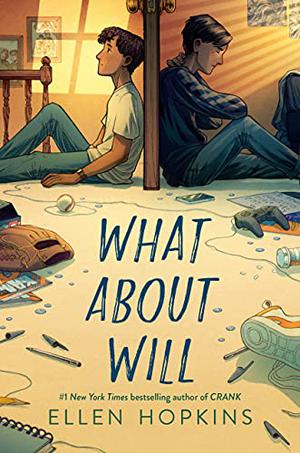 Eighth grade cyclist Finn McAllister decides to undertake a search for the supposedly crazed driver who forced him off the road and over a cliff to his death, but he spends far more of his time attending his own funeral, hovering near his grieving family and his four besties to overhear conversations, and floating through school—skipping the girls’ restroom because he still has some standards—and positively hammering on the realization that wasting any of life’s opportunities can only lead to regret. He discovers that he can still taste ice cream, smell farts, skip stones in the local lake, and use a TV remote. He can also share thoughts with both the living and with Isabella Rojas, the ghost of a classmate who vanished several months previously but is still hanging around, although she is not sure why. Eventually, in a massively contrived climax that leaves both souls ready to move on, Finn comes up with a scheme to produce proof of Isabella’s death to bring closure to her mother and also absolves his hit-and-run driver of fault (for a reason readers will see coming). In this outing, the usually dynamic duo throws together an aimless ramble around a set of flimsy mysteries that fail to coalesce. Finn reads as White; Isabella is cued as Latinx. Final illustrations not seen.

Likely to sell in spades but a slipshod, slapdash outing from co-authors who usually have higher standards. (Paranormal fantasy. 10-13)