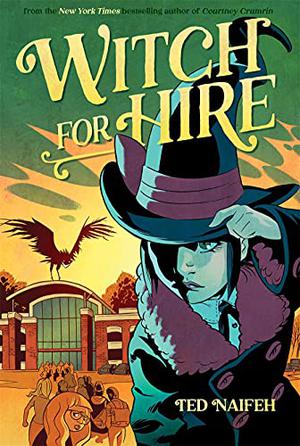 Four teens spend an unsettling weekend at a fancy hotel in this Dutch import.

It has been almost a year since Fender, Kate, and Lucas lost a friend—but they don’t talk about her anymore. Thanks to Kate’s dad’s work meeting, they’ve got rooms at the five-star Riverside Hotel to celebrate Kate’s birthday weekend—supposedly there will be adult supervision, but in reality, they’re largely left to their own devices. The trio will be joined by their new friend from school, Linnea, who seems to have filled in all the gaps left behind by their friend who is gone. Fender and Linnea alternate as first-person narrators along with a creepy unnamed voice who stalks them both. It’s that voice that’s in the threatening messages delivered to Fender’s door on room service trays and written in black marker on the walls of Kate and Linnea’s room. That voice, brusque and accusatory, directs the narrative, creating suspense with a growing feeling of dread as it alludes to sexual assault, murder, and suicide. The characters are compelling enough to keep the pages turning, and the emotions, both intense and mercurial, feel apt for a young adult novel. The ending, however, feels anticlimactic, the twist not quite sufficient to justify the magnitude of the horror in all the preceding hints. Main characters are assumed White.