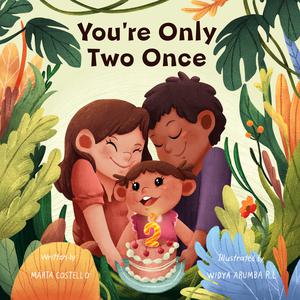 Humpty Dumpty, classically portrayed as an egg, recounts what happened after he fell off the wall in Santat’s latest.

An avid ornithophile, Humpty had loved being atop a high wall to be close to the birds, but after his fall and reassembly by the king’s men, high places—even his lofted bed—become intolerable. As he puts it, “There were some parts that couldn’t be healed with bandages and glue.” Although fear bars Humpty from many of his passions, it is the birds he misses the most, and he painstakingly builds (after several papercut-punctuated attempts) a beautiful paper plane to fly among them. But when the plane lands on the very wall Humpty has so doggedly been avoiding, he faces the choice of continuing to follow his fear or to break free of it, which he does, going from cracked egg to powerful flight in a sequence of stunning spreads. Santat applies his considerable talent for intertwining visual and textual, whimsy and gravity to his consideration of trauma and the oft-overlooked importance of self-determined recovery. While this newest addition to Santat’s successes will inevitably (and deservedly) be lauded, younger readers may not notice the de-emphasis of an equally important part of recovery: that it is not compulsory—it is OK not to be OK.

A validating and breathtaking next chapter of a Mother Goose favorite. (Picture book. 4-8)